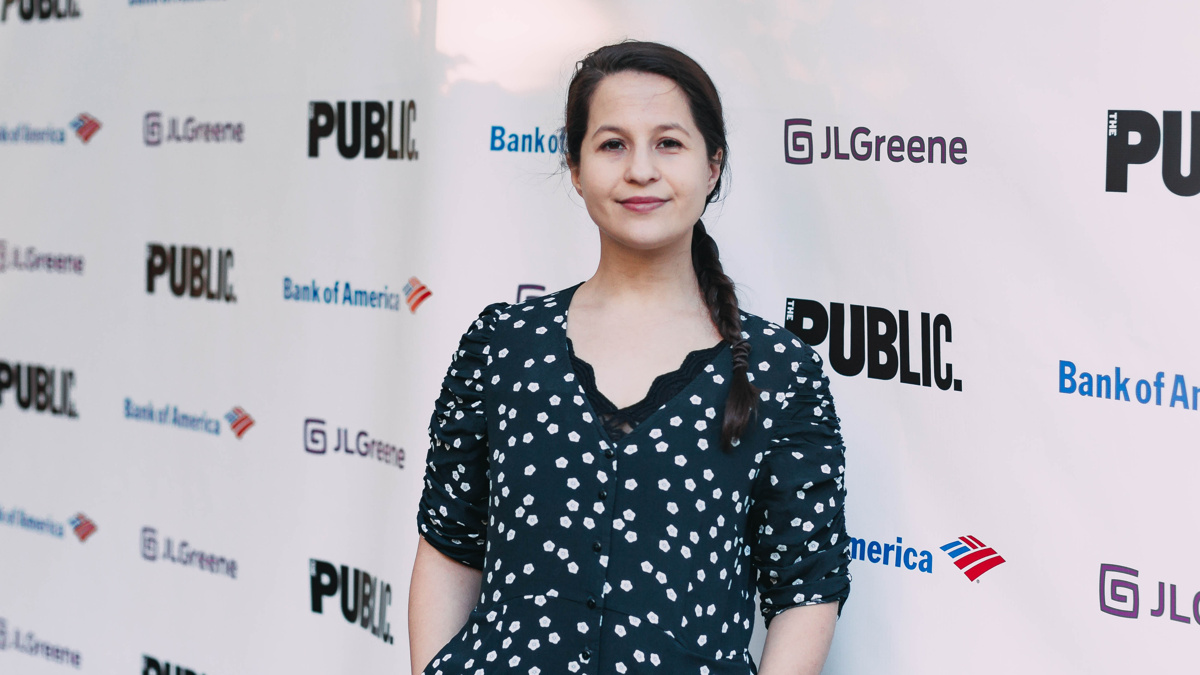 The Public Theater has announced the lineup for its upcoming 2021-2022 season, which includes world premiere productions by Shaina Taub, Tom Kitt and Erika Dickerson-Despenza.

The season will begin on October 7 with the world premiere of The Visitor. With music by Tom Kitt, lyrics by Brian Yorkey and a book by Kwame Kwei-Armah and Yorkey, the new musical is directed by Daniel Sullivan and features choreography by Lorin Latarro. The Visitor is based on the acclaimed independent film of the same name by Thomas McCarthy and follows a widowed college professor who is swept into a struggle of whether to stay in a place that he calls home but seeks to cast him out. It was previously announced to run as part of the 2019-2020 season but was delayed due to the pandemic. The cast includes the previously reported  Alysha Deslorieux, David Hyde Pierce and Ari’el Stachel along with Jacqueline Antaramian.

Erika Dickerson-Despenza’s Cullud Wattah, directed by Candis C. Jones, will have its world premiere beginning November 2 after its initial run was delayed due to the theater shutdown. Featuring Crystal Dickinson, Lizan Mitchell, Andrea Patterson and Alicia Pilgrim, the play tells the story three generations of Black women living through the current water crisis in Flint, Michigan.

Out of Time, a collection of new monologues by five award-winning Asian American playwrights, performed by an ensemble of actors all over the age of 60, will begin in February 2022. Conceived and directed by Les Waters and commissioned by the National Asian American Theatre Company, Out of Time is a theatrical tapestry exploring age, memory, motherhood and identity in moving new works by writers Jaclyn Backhaus, Sam Chanse, Mia Chung, Naomi Iizuka and Anna Ouyang Moench.

Lloyd Suh’s The Chinese Lady is also set to run in February 2022. Inspired by the true story of the first Chinese woman to step foot in America, The Chinese Lady is a tale of dark poetic whimsy and a unique portrait of the United States as seen through the eyes of a young Chinese girl who was put on display for a paying public mesmerized by her. Ralph B. Peña directs.

Suffs, a world premiere new musical with a book, music and lyrics by Shaina Taub, will play in March 2022. With direction by Leigh Silverman and choreography by Raja Feather Kelly, Suffs brings to life a complicated chapter in the ongoing battle for the right to vote: the American women’s suffrage movement. Originally titled Suffragist, the musical has had readings starring Nikki M. James, Phillipa Soo, Jenn Colella, Stephanie Hsu, Kim Blanck and Kuhoo Verma. Casting for this production is to come.

Mona Mansour’s The Vagrant Trilogy will have its New York premiere in April 2022. Directed by Mark Wing-Davey, the play delves into the Palestinian struggle for home and identity as a single epic story told in three parts.

Wrapping up the season in May 2022 is Fat Ham by James Ijames with direction by Saheem Ali. Serving as an adaptation to Shakespeare’s Hamlet, Fat Ham follows Juicy, a queer and Southern college kid already grappling with some serious questions of identity when the ghost of his father shows up in their backyard, demanding that Juicy avenge his murder.

The Public also has plans for Suzan-Lori Parks’ Plays for the Plague Year over the course of the season with exact dates to be announced. When theaters shutdown, Parks set out to write a play every day to chronicle our collective experience throughout the troubling days and nights that followed. Plays for the Plague Year is at once a personal story of one family’s daily lives as well as a sweeping account of all we faced as a city, a nation and a global community. Niegel Smith will direct.

Joe’s Pub is set to reopen this fall, with the dynamic season lineup kicking off on October 5 with Justin Vivian Bond and The Illustrious Blacks. Click here for the announced schedule of performers which includes Taylor Mac, The Skivvies, Peppermint and more.

The 18th edition of the Under the Radar Festival will return to the Public in January 2022. A highlight of the festival will include performances by the Devised Theater Working Group, who have been developing projects for the past two years.