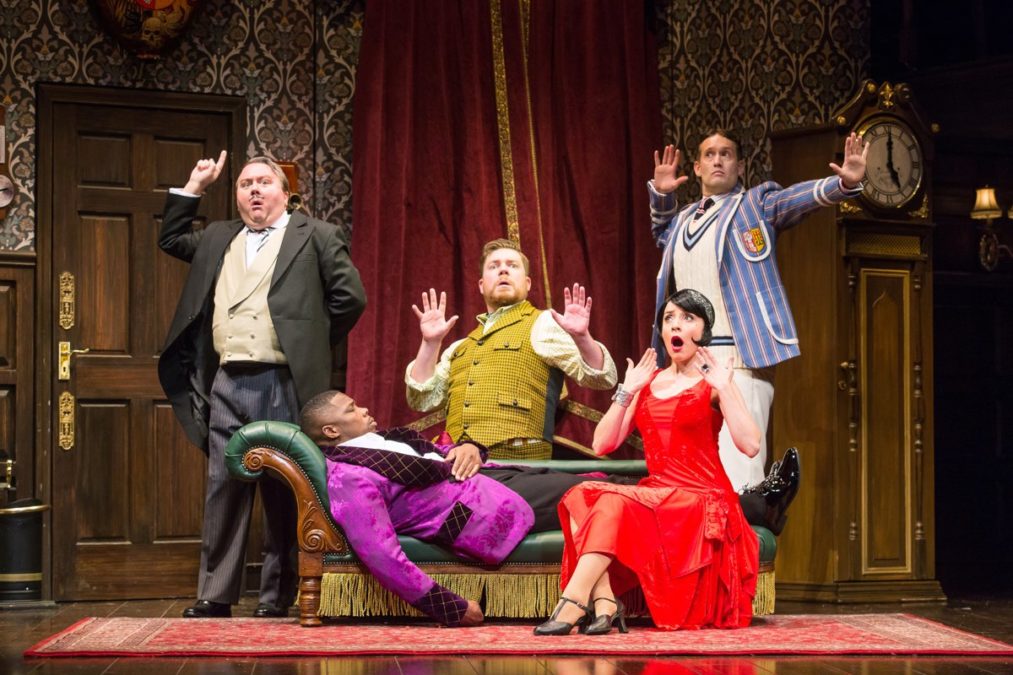 Whodunit?! Tickets Now on Sale for the New Comedy The Play That Goes Wrong in Boston

Going wrong has never been so right! Tickets are now on sale for the national tour of The Play That Goes Wrong in Boston. The traveling production of this new, gut-busting comedy will open November 7 at the Emerson Colonial Theatre and run through November 18.

The time is right to see The Play That Goes Wrong, Broadway’s funniest and longest-running play! This Olivier Award-winning comedy is a hilarious hybrid of Monty Python and Sherlock Holmes. Welcome to opening night of The Murder at Haversham Manor where things are quickly going from bad to utterly disastrous. With an unconscious leading lady, a corpse that can’t play dead and actors who trip over everything (including their lines), this is a classic murder mystery turned upside down.

Don’t miss your chance to see this farcical mystery; buy your tickets today!