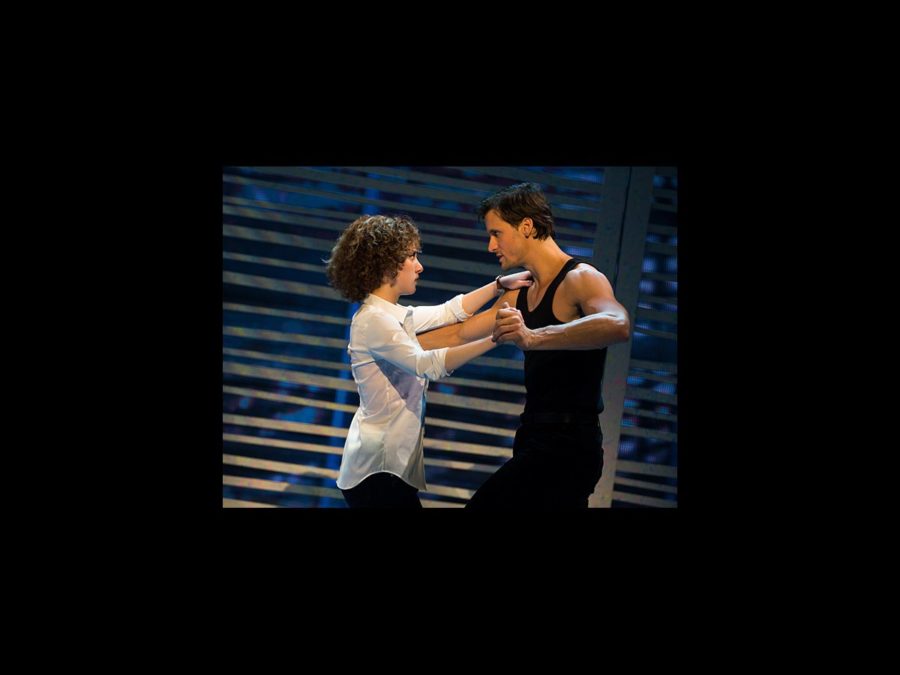 Keep those "hungry eyes" peeled! Broadway Balances America, a special six-part series airing on Lifetime Television’s The Balancing Act, returns on September 9 with an exclusive behind-the-scenes preview of the upcoming touring production of Dirty Dancing. Tune in as The Balancing Act gives viewers a sneak peek into what goes into the making of this exciting production, its romantic story, choreography and music, which first captivated millions in the movie version in 1987.

In this episode, host Olga Villaverde gets up close and personal with star Samuel Pergande, who plays Johnny Castle in the production, and associate choreographer David Scotchford before they hit the road for the North American tour to learn some of the classic dance moves from the show, including the iconic final leap between Baby and Johnny.

Dirty Dancing—The Classic Story On Stage is written by Eleanor Bergstein and directed by James Powell with choreography by Michele Lynch, based on the original choreography by Kate Champion. The show features all of the film's hit songs, including “Hungry Eyes,” “Hey Baby,” “Do You Love Me?” and the Academy Award-winning “(I’ve Had) The Time of My Life.”

It’s the summer of 1963, and 17-year-old Frances "Baby" Houseman is about to learn some major lessons in life as well as a thing or two about dancing. On vacation in New York’s Catskill Mountains with her older sister and parents, Baby shows little interest in the resort activities, and instead discovers her own entertainment when she stumbles upon the staff quarters when an all-night dance party is in full swing. Mesmerized by the raunchy dance moves and the pounding rhythms, Baby can’t wait to be part of the scene, especially when she catches sight of Johnny Castle the resort dance instructor.

Visit the official Broadway Balances America website to discover more about this exciting new series and to find out which Broadway musicals will also be featured!