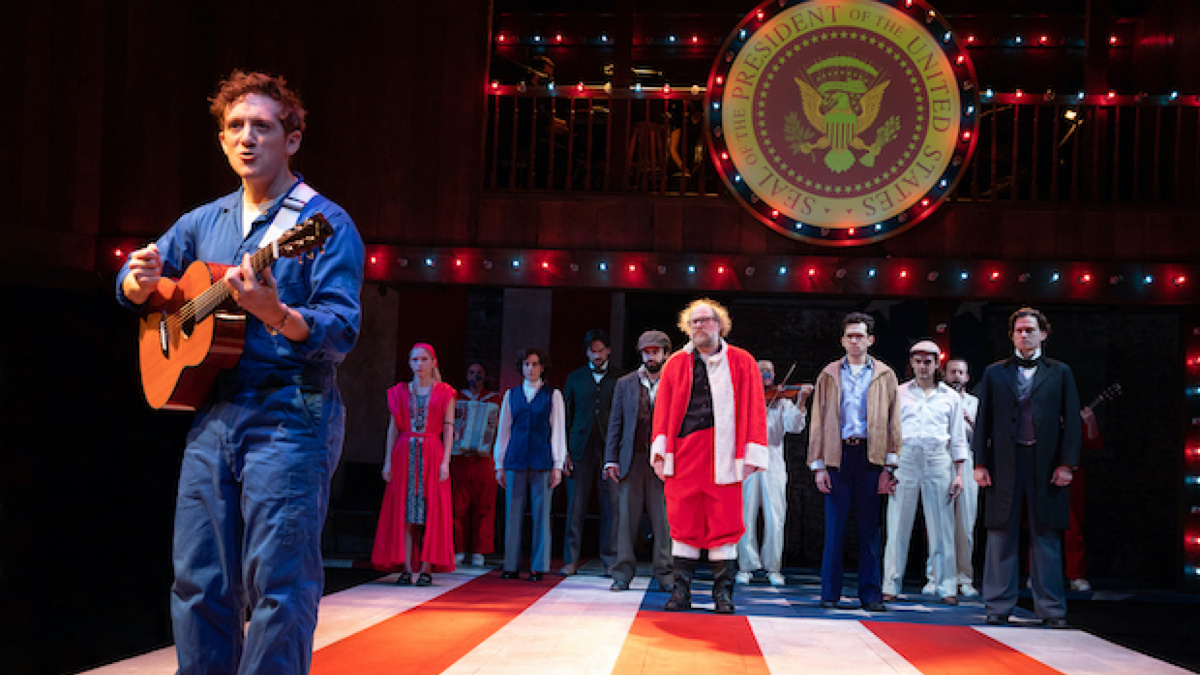 The Classic Stage Company Revival of Assassins Gets Cast Recording

Classic Stage Company’s starry off-Broadway revival of Stephen Sondheim and John Weidman’s 1990 musical Assassins will be preserved with a cast recording. Assassins (The 2022 Off-Broadway Cast Recording) will be available digitally on March 18 with a physical CD release date of April 15. It is now available for preorder through Broadway Records.

Assassins explores the lives of nine men and women who either killed (or tried to kill) one of the Presidents of the United States. From John Wilkes Booth to Lee Harvey Oswald and beyond, the stories of our country’s most successful and would-be assassins intersect in unexpected ways, creating a powerful, yet unnervingly funny look at some of the most shocking moments in U.S. history.

With music and lyrics by Sondheim and a book by Weidman from an idea by Charles Gilbert Jr., the production was directed by John Doyle with music direction and orchestrations by Greg Jarrett and sound design by Matt Stine and Sam Kusnetz. The album is produced by Matt Stine, co-produced by Van Dean, executive produced by Toni Marie Davis, Tyler Ellman, Jon Zietz, Matt Connolly, Jonathan Demar and Seriff Productions, associate produced by Bartos Theatrical Group LLC. The cast recording is recorded and mixed by Isaiah Abolin.