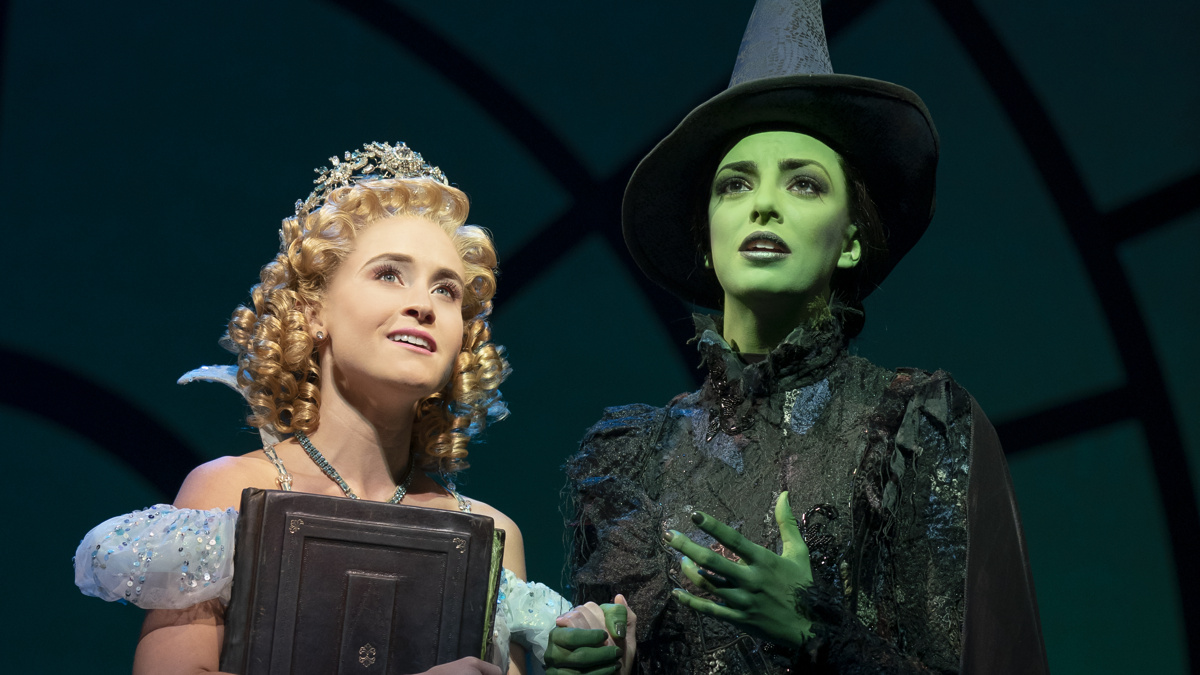 These stars are soaring back to Oz! As previously reported, Wicked will resume its national touring production this summer, becoming the first national tour to do so since the COVID-19 pandemic shut down theaters. Talia Suskauer and Allison Bailey will return to the roles of Elphaba and Glinda, respectively, and are among other principal cast members returning to the tour. Wicked will play the Music Hall at Fair Park in Dallas, Texas from August 3 through September 5. The musical kicks off the 2021-2022 Germania Insurance Broadway Series presented by DSM.

Sharon Sachs will return to the role of Madame Morrible, and Tony winner Cleavant Derricks will step back into his role as The Wizard. Rounding out the cast will be Clifton Davis as Doctor Dillamond, Amanda Fallon Smith as Nessarose, Curt Hansen as Fiyero and DJ Plunkett as Boq.

Suskauer will return to the role of Elphaba after appearing in original Broadway and off-Broadway companies of Be More Chill. She appeared in Shrek as Fiona and Little Women as Jo at the New London Barn Playhouse. Bailey previously understudied the role of Glinda on tour. Her regional credits include Les Misérables, The Music Man, Singin’ in the Rain at New London Barn Playhouse and A Proper Place at Goodspeed Opera House.

Based on Gregory Maguire’s novel Wicked: The Life and Times of the Wicked Witch of the West and featuring a book by Winnie Holzman, Wicked imagines a beguiling backstory and future possibilities to the lives of L. Frank Baum’s characters from The Wonderful Wizard of Oz and reveals the decisions and events that shape the destinies of two unlikely university friends on their journey to becoming Glinda the Good and the Wicked Witch of the West. The show features a book by Winnie Holzman and a score by Stephen Schwartz.

As previously reported, Wicked will resume performances at Broadway’s Gershwin Theatre on September 14.