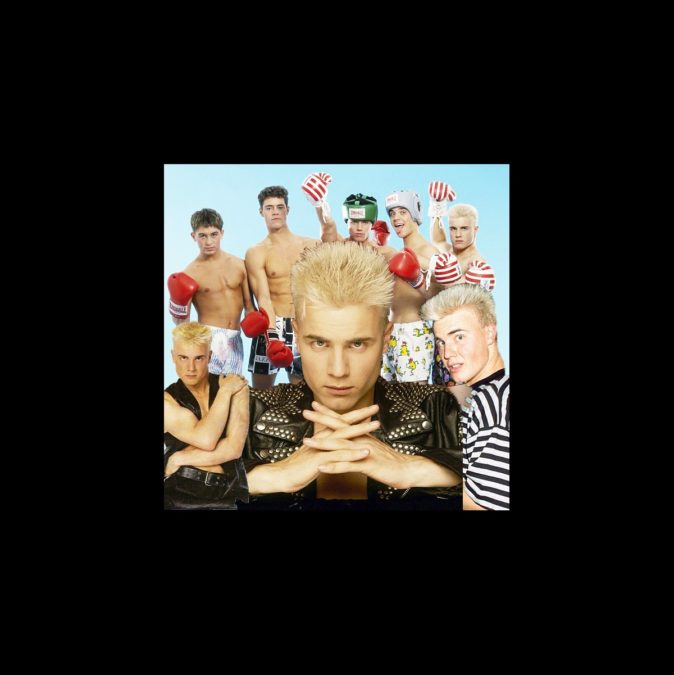 On Broadway, Gary Barlow is known as the composer of the much buzzed-about Finding Neverland—and in his native U.K., he’s something of a national treasure. In the 1990s Barlow made his name as the frontman of Take That, the Brits’ equivalent of the Backstreet Boys and 'N Sync. After splitting in 1996, the band successfully reunited a decade later to huge success. Internationally, Take That has had 56 number one singles, 37 number one albums, sold 45 million records…and Barlow has pretty much penned them all! Check out our video history of this teenage 30-something's dream below.


Jell-O made him a star
Take That weren't originally as squeaky clean as they were eventually portrayed—this infamous 1991 video of one of their early songs, "Do What U Like," had them covered in Jell-O and stripping. (Barlow is the blonde spikey-haired boy.)


He answered our prayers
Take That’s first number-one hit in the U.K. was "Pray," penned by Barlow. He received the first of his six prestigious Ivor Novello Awards for the hit in 1994. If hot men's naked torsos aren't your thing, don't press play.


He's friends with Simba
Barlow did the backing vocals for Elton John’s "Can You Feel the Love Tonight" from The Lion King in 1994. Broadway fans everywhere have thus, without question, heard him sing. Why'd he do it? Barlow says John inspired him to play the piano.


He made us cry
When Zayn Malik was two years old, Robbie Williams left Take That while they were promoting the song “Never Forget.” Barlow's anthem still brings a tear to many millions of 30-something women’s eyes. The band went on as a four-piece, but split in 1996.


He climbed the Billboard charts
Take That were basically big everywhere but America, however they did almost properly break it with Barlow’s splendid tune “Back for Good,” which reached number seven on the Billboard Hot 100 in 1995.


He got kinky with forks
Barlow aficionados are aware that way before Jamie Dornan strutted into his red room, there was Take That’s video of their cover of the Bee Gees’ “How Deep Is Your Love.” Released in 1996 when the band was a four-piece, some very freaky things happen with a fork while they are all tied up.


Madonna inspired him
After Take That split, Barlow tried a solo career, but unlike Williams, who went on to be huge everywhere but America, Barlow didn’t really achieve big success anywhere on his own. (If you count selling five million records as a failure.) This surprised everybody as they thought Barlow was the next George Michael—here he is singing the Madonna song “Love Won’t Wait” in 1997.


He always remembered his roots
Take That made a triumphant return—with new material—in the mid-2000s without Williams. It was such a success that by 2010, Williams was back on board (for a bit, anyway). This performance of "The Flood" on The X Factor was the first time we saw them all reunite on stage and it brought tears to many 30-something women's eyes.


He's pals with the Queen
Speaking of The X Factor, Barlow replaced Simon Cowell as a judge on the U.K. show in 2011. The following year, his status as British national treasure was secured when the Queen appointed him an Officer of the Order of the British Empire (OBE) in her 2012 Birthday Honours for his charity work and general awesomeness. Oh and that same year Barlow composed the monarch’s official Diamond Jubilee single, “Sing” with a Broadway scribe you might have heard of…Andrew Lloyd Webber (who makes a cameo at 2:51)!


He got Broadway to believe
It's no wonder that mega-producer Harvey Weinstein believed in Barlow's talents so much that in 2013 he brought him in to pen Finding Neverland. Watch Matthew Morrison and the tuner's cast sing "Believe" in rehearsal below!