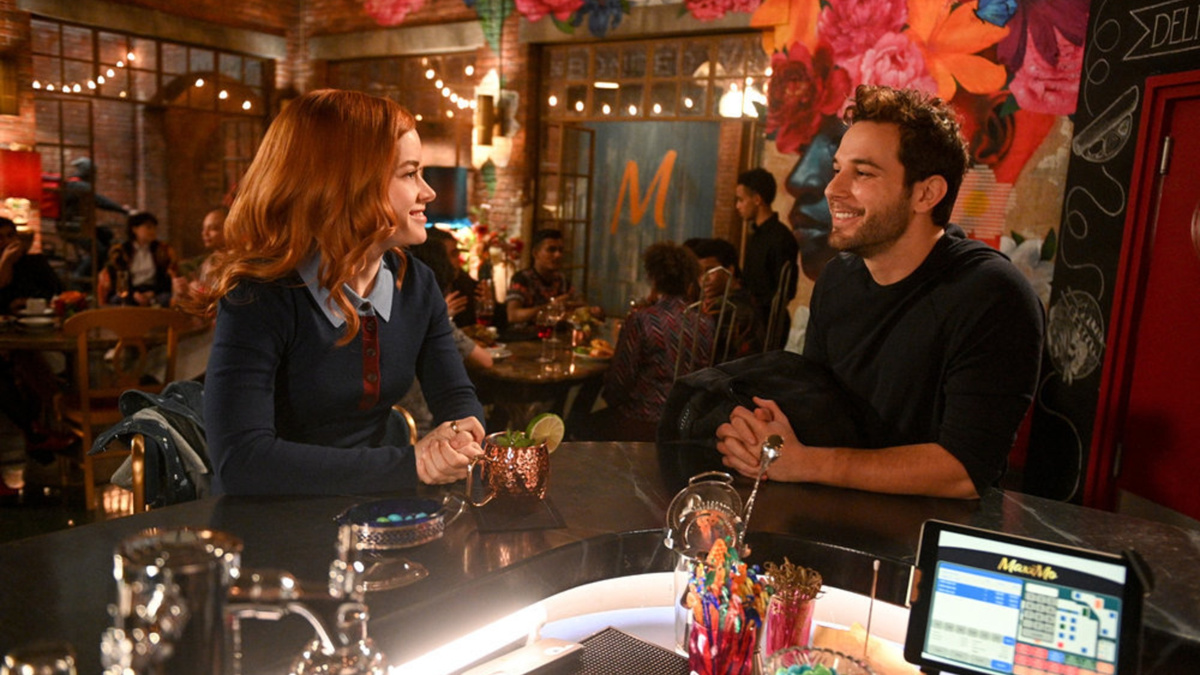 Odds & Ends: Will Zoey’s Extraordinary Playlist Get a Second Act?

Here's a quick roundup of stories you might have missed recently.

Zoey's Extraordinary Playlist Might Make a Comeback
After being canceled after two seasons at NBC, the musical comedy series Zoey's Extraordinary Playlist might have a second act. Deadline reports that a deal—which is still being finalized—includes a holiday movie for the property on Roku, which could possibly lead to another season. Created by Austin Winsberg, Zoey's Extraordinary Playlist follows the socially awkward Zoey (Jane Levy), who learns that she can hear the inner thoughts of people in the form of big musical numbers. The cast of the TV show includes Broadway alums Alex Newell, Skylar Astin, Lauren Graham, Peter Gallagher and Chip Zien. Fans of the show got #SaveZoeysPlaylist trending on Twitter within 24 hours of the series cancellation news in June.

Casting Complete for Fairycakes Off-Broadway
Chris Myers, Z Infante and Sabatino Cruz have joined the cast of Douglas Carter Beane’s previously announced Fairycakes, which is scheduled to begin performances at off-Broadway's Greenwich House Theater on October 14 and run through January 2, 2022. Two-time So You Think You Can Dance? finalist Ellenore Scott has joined the production as choreographer and associate director. The cast of stage favorites including Mo Rocca, Alfie Fuller, Brooks Ashmanskas, Ann Harada, Jackie Hoffman, Julie Halston and more comes together in this uproarious clash of A Midsummer Night’s Dream and old-world fairy tales.

Josh Groban to Host Eye Candy Game Show
Tony nominee Josh Groban has a sweet gig lined up. He will host Eye Candy, a food competition show in which celebrities must identify outrageous edible creations designed to look like everyday objects. Scheduled to arrive on Roku this month, guests of the new series will include Ana Gasteyer, Jeremy Jordan, Younger's Nico Tortorella and more. Feast your eyes on the trailer below!

Arthur French, Founding Member of Negro Ensemble Company, Dies at 89
Arthur French, an acclaimed actor with 13 Broadway credits to his name who is a founding member of the Negro Ensemble Company, died on July 24 in Manhattan. He was 89. French made his professional debut in off-Broadway's Raisin’ Hell in the Son, a spoof of A Raisin in the Sun in 1962. He later appeared in the late Douglas Turner Ward’s Day of Absence in 1965 that led to the creation of the Negro Ensemble Company, which is still running today. French made his Broadway debut in Melvin Van Peebles’ Ain’t Supposed to Die a Natural Death in 1971 and went on to appear in such productions as The Iceman Cometh (1973), Death of a Salesman (1975), Ma Rainey's Black Bottom (1984) and more. His final Broadway credit is 2013's The Trip to Bountiful. French received an Obie Award for Sustained Excellence of Performance in 1997 and a Lucille Lortel Award for his supporting role in August Wilson’s Two Trains Running in 2007. In 2015, he was awarded a Paul Robeson Citation from the Actors’ Equity Association and the Actor’s Equity Foundation.