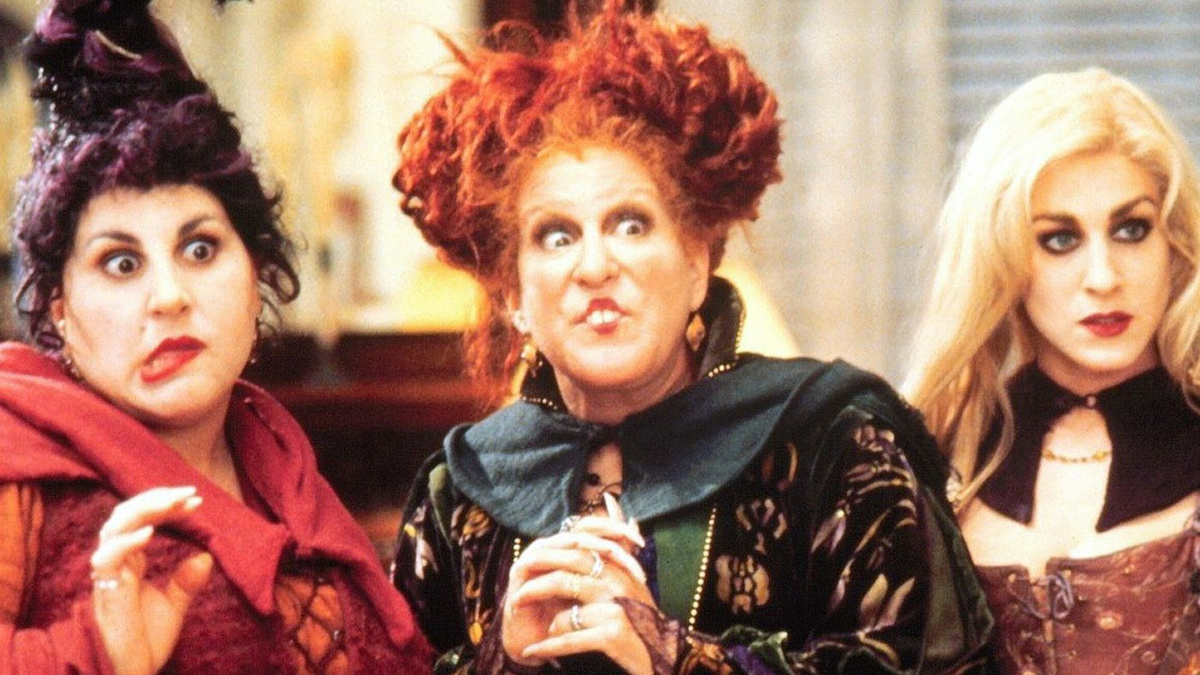 Hocus Pocus 2 to Arrive on Disney+ in Fall 2022
Hocus Pocus fans officially have Halloween plans set for 2022! As previously reported, Bette Midler, Sarah Jessica Parker and Kathy Najimy will reunite for a sequel to the 1993 film on Disney+. The production is scheduled to begin this autumn in preparation for a Disney+ premiere in the fall of 2022. Anne Fletcher will direct the film. “Sistaaaahs! It’s been 300 years… But we’re BACK,” Tony winner Midler proclaimed on Twitter. Winifred Sanderson has spoken!

Kristin Chenoweth to Star in Sports Drama Film National Champions
Tony and Emmy winner Kristin Chenoweth has joined the cast of the upcoming sports drama film National Champions, according to Deadline. The movie, which was written by Adam Mervis based on his play, explores the big business of college sports when a star quarterback ignites a player’s strike 72 hours before the biggest game of the year. His aim is to fight for fair compensation, equality and respect for the athletes. Chenoweth joins a cast that includes Stephan James, J.K. Simmons, Jeffrey Donovan, Lil Rel Howery, Uzo Aduba, Alexander Ludwig, Andrew Bachelor, David Koechner, Tim Blake Nelson and Timothy Olyphant. Ric Roman Waugh will direct. A release date is to be announced.

Darren Criss to Headline Theatre Aspen Gala; Summer Season Announced
Darren Criss is returning to the stage this summer! Theatre Aspen has announced the lineup for its summer season, which will include an in-person summertime gala, Midsummer Masquerade, headlined by Criss on July 25. The 38th season will begin on the Hurst Theatre stage with Chicago from June 30 through July 22. Rock of Ages, directed by Hunter Foster, is scheduled for July 30 through August 21. The Solo Flights festival of one-person shows will also return from August 25 through 31. In addition to the main stage season, Theatre Aspen Education will present three summertime productions this year: A Midsummer Night’s Dream, the first ever TA Education Shakespeare production, in the John Denver Sanctuary (July 8-10) along with Willy Wonka, Jr. (July 29-31) and Peter and the Starcatcher (August 5-8) at the District Theater. Masks will be required to attend all performances. Head here for more info.

Paula Vogel’s Bard at the Gate Series Returns
Pulitzer Prize-winning playwright Paula Vogel’s Bard at the Gate series is back with two new seasons worth of virtual plays produced in partnership with McCarter Theatre Center. The series will return on June 3 with Eisa Davis’s Bulrusher, which centers on an orphan with a gift for clairvoyance. Directed by Davis, André Holland, Kara Young, Tanis Parenteau, Sydney Elisabeth, Edmund Donovan and Corey Stoll star in the first return installment. “Bard began as a very personal effort to give marginalized playwrights a voice, especially during the historic times we are living through,” Vogel said in a statement. “Partnering with McCarter will give Bard a national impact with brilliant plays that belong in the curriculum and in the seasons of theaters worldwide.” In addition, plays by Zakiyyah Alexander (How to Raise a Freeman), Jose Rivera (Sonnets for An Old Century) and Christina Anderson (Good Goods) will be featured during the 2021-22 season. A total of eight plays will be digitally produced and streamed in the 2021-22 and 2022-23 seasons. Register to watch Bulrusher, which will be available through June 9, here.

The Sound of Music & More Announced for The Muny’s Season
The popular St. Louis theater The Muny has announced the lineup for its upcoming 103rd season. The shows featured will be Smokey Joe’s Cafe (July 26-August 1), The Sound of Music (August 3-9), Seven Brides for Seven Brothers (August 12-18), On Your Feet! (August 21-27) and Chicago (August 30-September 5). These productions were originally set to appear last summer, but were delayed due to the COVID-19 pandemic. “By establishing COVID-19 guidelines and collaborating through the planning process, we feel The Muny is well positioned to welcome theater-goers back safely, allowing many who depend on these summertime jobs to provide for their families,” said Director of Health for the City of St. Louis Dr. Fredrick Echols in a statement.

Noma Dumezweni Joins Liam Neeson in New Thriller
Harry Potter and the Cursed Child Olivier winner and Tony nominee Noma Dumezweni is set to star alongside Liam Neeson in the upcoming thriller Retribution, according to Deadline. A remake of the Spanish film El Desconocido, Retribution follows Dumezweni as an Interpol agent on the hunt to track down Neeson’s character, a banking executive who’s life is thrown into turmoil when a bomb is placed inside his car with him and his family. Nimrod Antal will direct the project, which is scheduled to begin filming in Berlin next month.

Gideon Glick to Release Give My Swiss Chards to Broadway
Delicious news! Gideon Glick, a Tony nominee for Broadway’s To Kill a Mockingbird who was last seen on the New York stage in Little Shop of Horrors, took to Twitter on May 19 to announce that he and food writer Adam Roberts will release a new Broadway-inspired recipe book, Give My Swiss Chards to Broadway. The book will be illustrated by longtime Broadway.com contributor Justin “Squigs” Robertson. The book will be available in the fall of 2022 via Countryman Press.