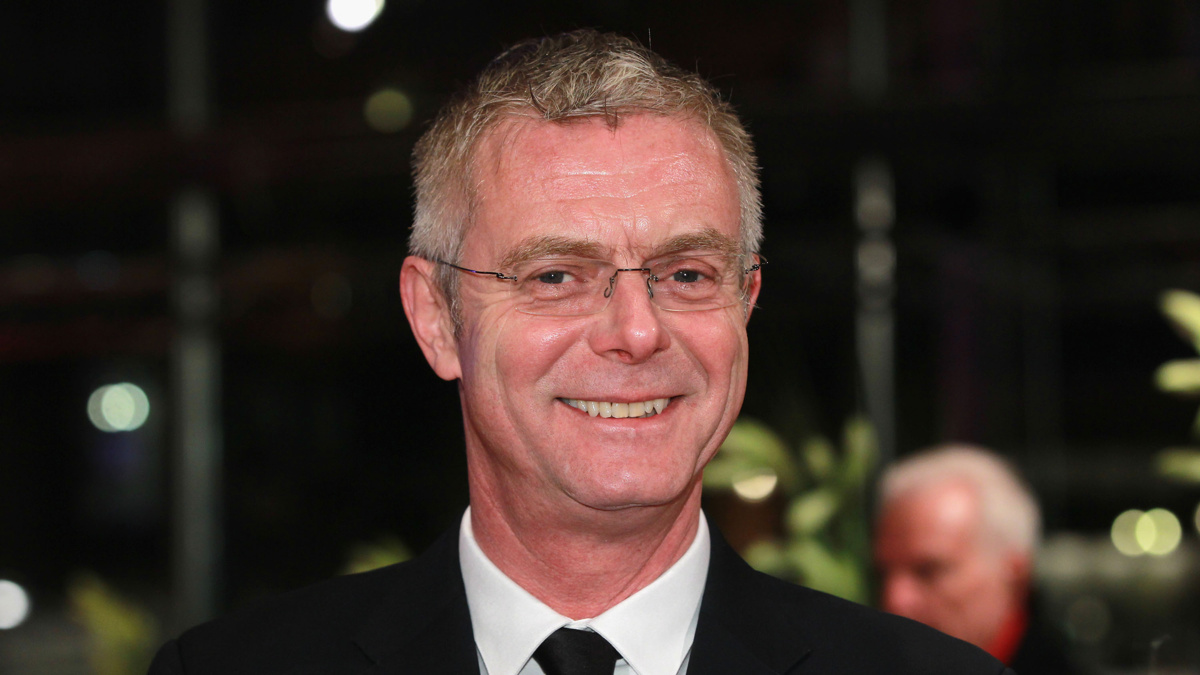 The Wicked Film Loses Its Director
Stephen Daldry, who received a 2020 Tony Award nomination for directing The Inheritance, will no longer be at the helm of the Wicked movie. He has departed the project due to scheduling conflicts, according to Variety. The movie was taken off of Universal’s release schedule amid the coronavirus pandemic. As previously reported, Stephen Schwartz revealed the movie will contain at least three new numbers. The composer also plans to incorporate at least one song cut from the Broadway show into the film adaptation. Librettist Winnie Holzman will return to adapt her script for the screen. No word yet on casting.

Succession Emmy Winner Jeremy Strong in Talks for Maestro
These Broadway alums are teaming up! Jeremy Strong, who took home a 2020 Emmy Award for his performance on the HBO smash hit Succession, is negotiating to co-star in Netflix’s Maestro, the Bradley Cooper-directed drama on composer Leonard Bernstein, according to Deadline. Strong would play biographer John Gruen, a critic for The New York Herald Tribune and New York magazine who penned the authorized biography The Private World of Leonard Bernstein. As previously announced, Tony nominee Cooper will play Bernstein. Maestro is expected to span 30 years, recalling the story of the marriage between Bernstein and his wife, Felicia Montealegre, to be played by Tony nominee Carey Mulligan. Cooper penned the screenplay with Oscar-winning Spotlight writer Josh Singer. A production timeline will be announced later.

Silver Screen Star & Broadway Alum Rhonda Fleming Dies at 97
Rhonda Fleming has died at the age of 97, according to The Guardian. The actress was born on August 10, 1923 in Los Angeles as Marilyn Louis. While attending Beverly Hills High School, she was spotted by the talent agent Henry Willson. Known for lighting up the big screen in numerous films like Spellbound, The Spiral Staircase, Out of the Past, Cry Danger, Slightly Scarlet, A Connecticut Yankee in King Arthur’s Court, The Great Lover, Crosswinds, Pony Express, Gun Glory and more, Fleming was called “The Queen of Technicolor.” She also appeared on the stage, making her Broadway debut as Miriam Aarons in The Women in 1973. She is survived by her son and two granddaughters.

Amanda Kloots to Publish Memoir about Nick Cordero in June 2021
Broadway alum Amanda Kloots, whose husband Nick Cordero died after a battle with the coronavirus on July 5, will release the memoir Live Your Life: My Story of Loving and Losing Nick Cordero on June 29, 2021 from HarperCollins. The book is titled after Cordero’s song that had fans around the world dancing on social media in support of the family during his time in the hospital. The memoir is available for pre-order.

Back to the Future Musical to Release Cast Album
Back to the Future, a new musical based on Robert Zemeckis’ hit 1985 movie, made its world premiere earlier this year at the Manchester Opera House in advance of an anticipated West End run. As previously announced, the show will officially arrive at London’s Adelphi Theatre on May 14, 2021. Masterworks Broadway will release a cast recording for the new musical during the summer of 2021. Fans can hear the song “Back in Time” below. Check it out!

Alex Lacamoire & More Launch MUSE
Alex Lacamoire, Mary-Mitchell Campbell, Michael McElroy and Tom Kitt are just a few of founders of MUSE, or Musicians for Social Equity. This multi-racial collective of music directors, arrangers, orchestrators and composers are diligently working to develop pipelines for musicians of color who aspire to work in the theater. MUSE will host an online directory, provide music assistant fellowships and create opportunities for mentorship, education, and outreach connections. This week marked the official online launch through its website, MUSEonline.org.