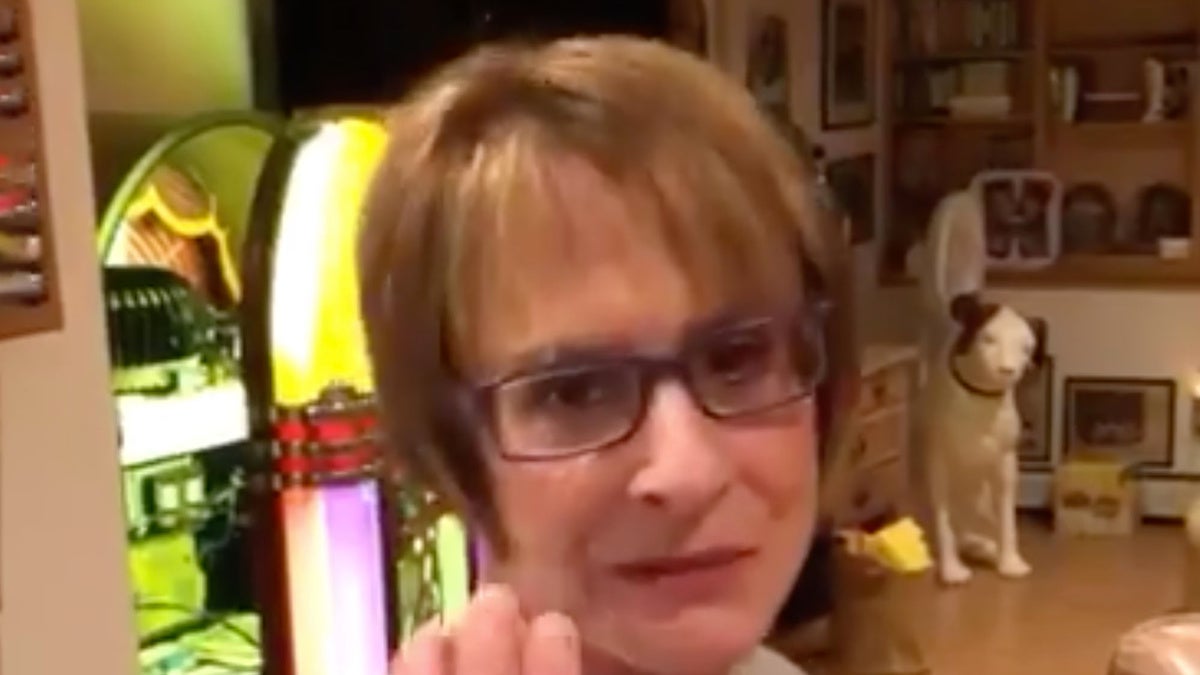 Oh, to be a fly on Patti LuPone’s basement wall. If you tuned in to Broadway.com’s one-night-only return of The Rosie O’Donnell Show on March 22 and caught LuPone’s basement a cappella performance of “A Hundred Years From Today” and “Smile,” you may have also seen her jukebox shining in the background, dreaming a dream of times gone by. After LuPone’s guest appearance, fans were so enthralled with the Tony winner’s vintage decor that LuPone took to Twitter to give us a tour. She showed us a number of basement knickknacks, including but not limited to an RCA dog, a one-armed bandit slot machine, a massage table, a “desk I’ve had for a million years,” a broken Baldwin piano and a pinball machine nestled next to two wine coolers.

I heard somebody wanted to see more of my basement. pic.twitter.com/fBea7emR6h
— Patti LuPone (@PattiLuPone) March 23, 2020