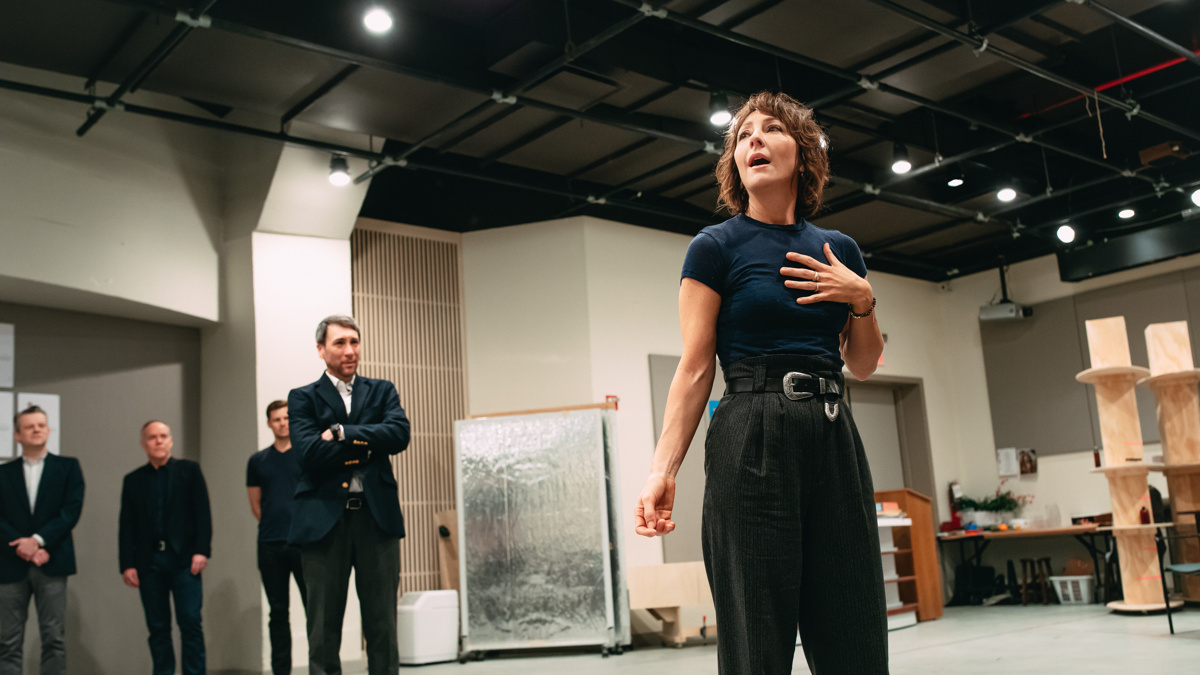 The new musical Flying Over Sunset, which was cut short ahead of its first preview due to the Broadway shutdown going into effect on March 12, 2020, will now play at Broadway’s Vivian Beaumont Theater on November 4 ahead of an opening night on December 6. This will mark the musical’s official world premiere performance. The Lincoln Center Theater production stars Carmen Cusack, Tony Yazbeck and Harry Hadden-Paton.

Flying Over Sunset, which features a book and direction by James Lapine, music by Tom Kitt and lyrics by Michael Korie, is a work of fiction inspired by the lives of three real-life people—playwright, diplomat and congresswoman Clare Boothe Luce (Cusack), film legend Cary Grant (Yazbeck) and writer Aldous Huxley (Hadden-Paton)—each of whom experimented with the drug LSD. At a crossroads in their lives the three come together, and under the influence of the drug, take a trip and confront the mysteries of their lives and their world.

“Ecstatic excitement barely begins to describe the feelings we have about reopening,” LCT Artistic Director André Bishop said in a statement. “Like all the other theaters that are reopening in New York and all over the country, we rejoice and we are grateful. And boy, do we look forward to seeing our audiences again!”