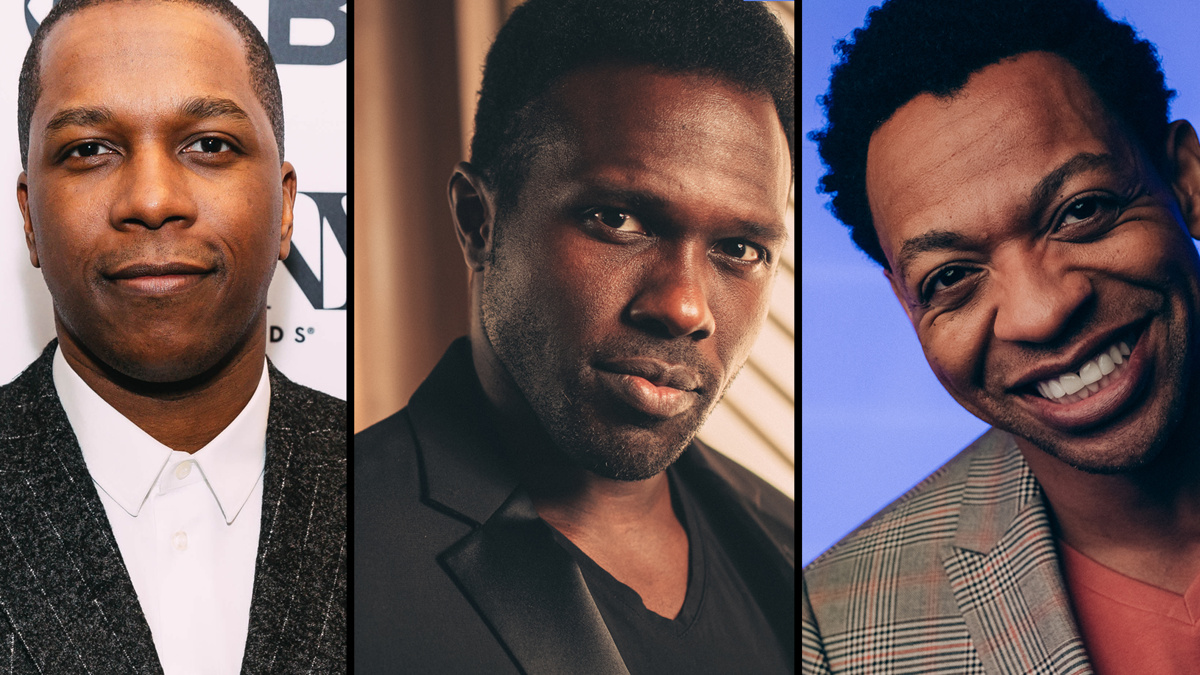 As previously announced, Aladdin star Michael James Scott has joined the team of Broadway.com’s popular daily live news show #LiveatFive to host a weekly roundtable discussion with theater stars. This week’s episode will air on August 11 at 5PM ET and feature Tony winner Leslie Odom Jr. and Tony nominees Joshua Henry and Derrick Baskin talking about what it’s like to be a leading man on Broadway.Each #LiveatFive episode is broadcast live on Broadway.com’s Facebook and YouTube account. The interview will also be available as a podcast on iTunes and Spotify.

Baskin earned his first Tony nomination in 2019 for starring as Otis Williams in Ain’t Too Proud, which also garnered him a Grammy Award nomination. His other Broadway credits include Memphis, The Little Mermaid and The 25th Annual Putnam County Spelling Bee. Listen to Baskin talk about his early days working in Times Square and more here.

Henry was most recently seen in Ross Golan’s The Wrong Man off-Broadway, which earned him Lucille Lortel, Drama Desk and Outer Critics Circle Award nominations. He has three Tony Award nominations for his turns in Carousel, Violet and The Scottsboro Boys. His other Broadway credits include In the Heights, Shuffle Along, Or The Making of the Musical Sensation of 1921 and All That Followed, Porgy and Bess, American Idiot and more. Henry was seen as Aaron Burr in the national touring productions of Hamilton and is set to play Roger in the upcomingTick, Tick…BOOM! film.

Odom Jr. is known for winning a Tony Award for originating the role of Aaron Burr in Hamilton, which also earned him a Grammy Award. He was previously seen on Broadway in Leap of Faith and Rent. Odom Jr.’s screen credits include Smash, Murder on the Orient Express, and Harriet. Recently, he received his first Emmy nomination for Outstanding Character Voice-Over Performance for Central Park. Odom Jr. has three studio albums, including the recently released Mr. You can see him rewatch his Hamilton Broadway.com vlog here.

This marks Scott’s eight roundtable episode. He has been with Aladdin since the show premiered on Broadway in 2014. He was originally acting as a standby on Broadway and later went on to lead the Australian, national tour and Broadway productions. He was also a Broadway.com vlogger. Scott’s other Broadway credits include Something Rotten, The Book of Mormon, Hair, Mamma Mia! and more.