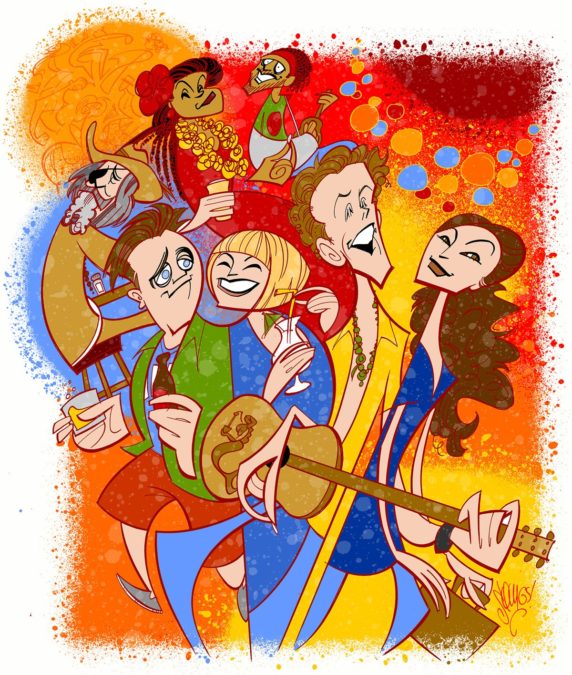 The new musical Escape to Margaritaville, featuring the island tunes of Jimmy Buffett, officially opens on Broadway at the Marquis Theatre on March 15. Featuring a book by Greg Garcia and Mike O’Malley and direction by Come From Away Tony winner Christopher Ashley, Escape to Margaritaville began previews on February 16. Paul Alexander Nolan and Alison Luff star.

To celebrate the new musical’s big night, Broadway.com Resident Artist Justin “Squigs” Robertson sketched a portrait of Nolan, Luff and the talented company having the time of their life on Broadway.

About the Artist: With a desire to celebrate the magic of live theater and those who create it, and with a deep reverence for such touchstones as the work of Al Hirschfeld and the wall at Sardi’s, Squigs is happy and grateful to be among those carrying on the traditions where theater and caricature meet. He was born and raised in Oregon, lived in Los Angeles for quite a long time and now calls New York City his home.