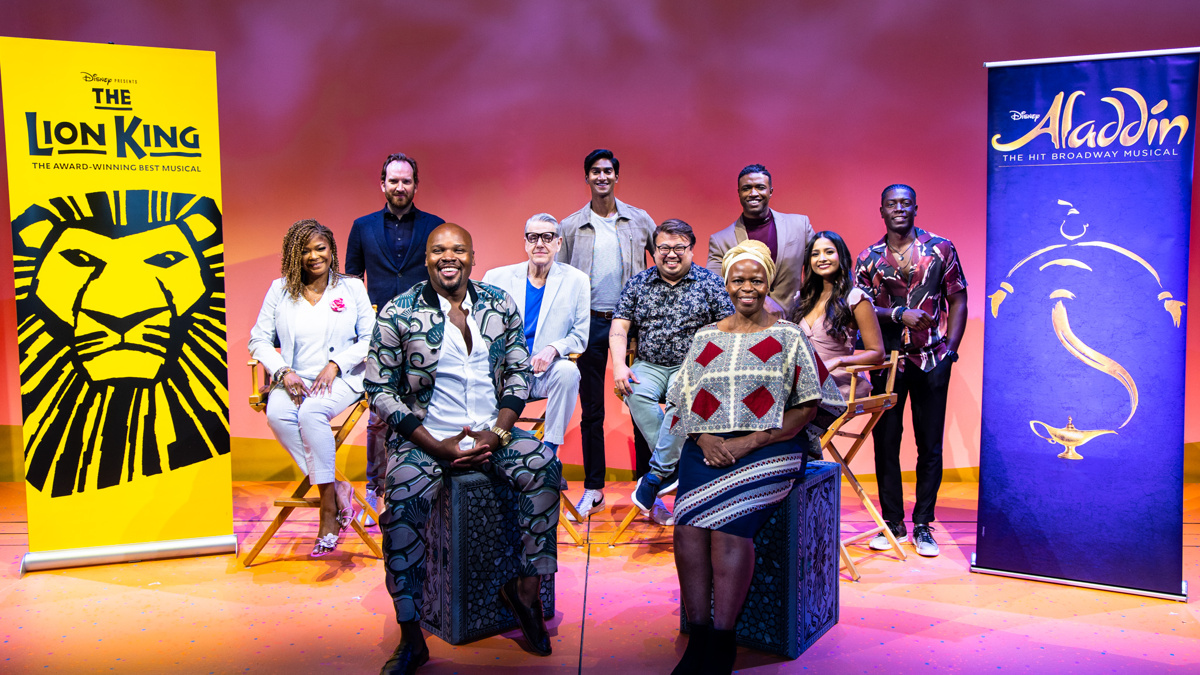 Wish granted! As previously announced, Disney on Broadway is getting ready for the return of two of its fan-favorite productions. The Lion King will resume performances at the Minskoff Theatre on September 14 and Aladdin will take audiences on magic carpet ride once again at the New Amsterdam Theatre on September 28. The casts of both shows, which includes Aladdin‘s new leads Michael Maliakel and Shoba Narayan and The Lion King‘s Brandon A. McCall, got together on August 13 to celebrate Broadway’s reopening. Check out the photos below to see Bonita Hamilton, Stephen Carlile, Jonathan Freeman, Maliakel, Don Darryl Rivera, L. Steven Taylor, Narayan, McCall, Michael James Scott and Tshidi Manye get ready to make more Broadway magic!