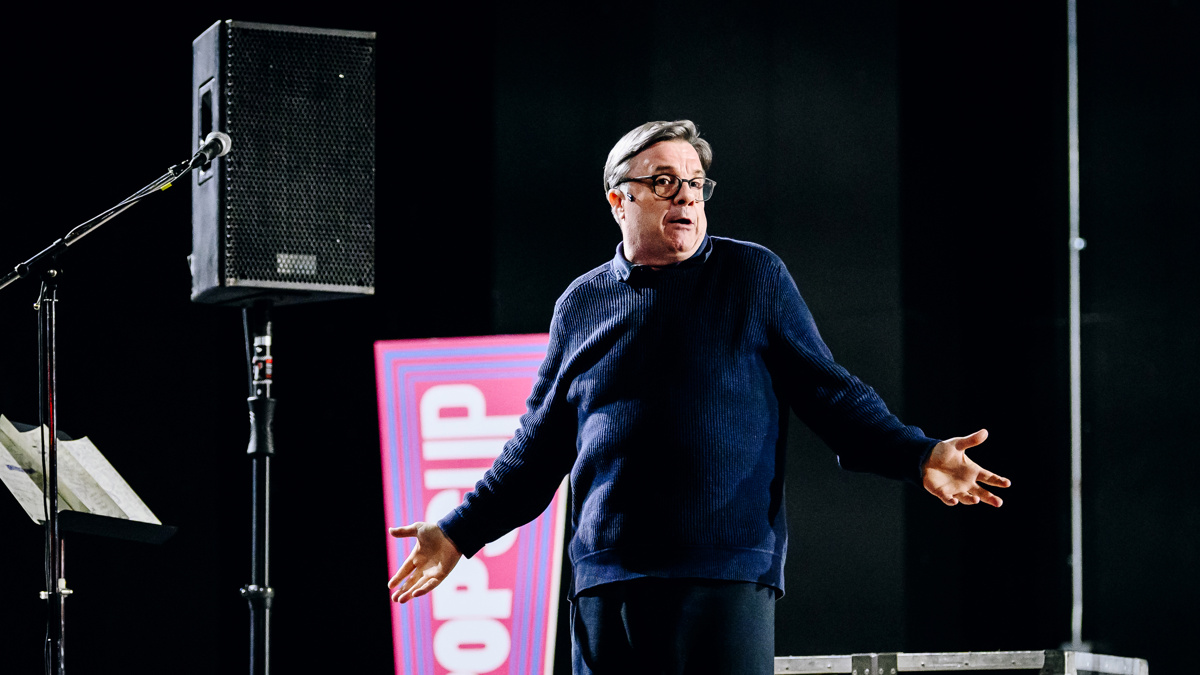 “First off, you’re not going to believe a word of this,” said Nathan Lane from the stage of Broadway’s St. James Theatre on April 3. The three-time Tony winner delivered the fitting line from Paul Rudnick’s new corona-centric comedic monologue Playbills. The performance was a part of NY PopsUp, the statewide initiative designed to celebrate and reinvigorate the arts following shutdowns caused by COVID-19. Seeing the star step into the spotlight on Broadway in front of a masked audience scattered throughout the theater to ensure social distancing did seem a bit surreal.

Both Lane and Tony winner Savion Glover received entrance applause, marking the first performance inside of a Broadway theater since New York’s venues closed their doors due to the pandemic last March. Glover kicked things off, performing a tap number that channeled his experience of a life in the theater. He referenced lines from “Memory” from Cats, “I Hope I Get It” from A Chorus Line, “Fabulous Feet” from The Tap Dance Kid and more. Tony winner Jerry Zaks directed both Glover and Lane’s performances.

The audience was made up of primarily frontline workers affiliated with The Actors Fund and Broadway Cares/Equity Fights AIDS. As previously reported, more Broadway venues will be among the “flex venues” as part of the ongoing initiative, which will continue through Labor Day. Get an inside look at Lane and Glover’s return to the Broadway stage below, and be on the lookout for more performances. You never know when (or where) the spotlight will strike!