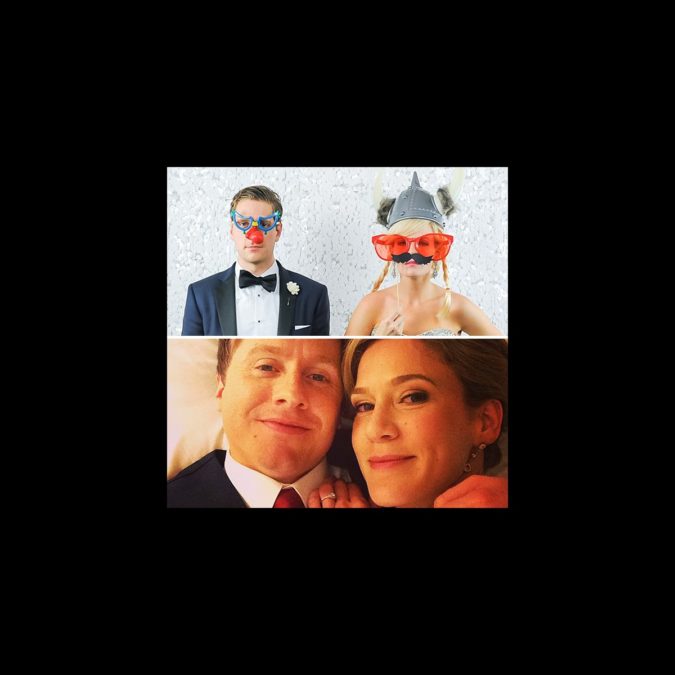 
One weekend, two Charlies, two weddings! Kinky Boots’ leading man on Broadway Andy Kelso and current national tour headliner Steven Booth both celebrated their weddings over the weekend. The New York Times made the announcement for both: Kelso wed Sheila Coyla in Huntingdon Valley, Pennsylvania on October 11, and Booth and Molly Alvarez tied the knot on October 12 in Los Gatos, California.

Kelso and Coyle (a singer with The Manhattan Dolls) met in 2007 at a friend’s party in Queens. He popped the question on the stage of the Al Hirschfeld Theatre following a performance in September 2013, surrounded by family and friends. As his castmates backed him up during renditions of “On Broadway” and “The Way You Make Me Feel,” a glass case rose from the stage floor with the ring.

Booth and Alvarez’s relationship began as a showmance during the national tour of Happy Days. The two played on-stage lovers, and the romance quickly developed offstage as well. Following a romantic dance to Ella Fitzgerald’s “Misty” last October in the middle of Il Bambino, an Astoria, Queens restaurant, Booth got down on one knee.

Kelso originated the role of Harry in Kinky Boots before stepping in to Charlie’s shoes, replacing Tony nominee Stark Sands. He made his Broadway debut in Mamma Mia! and played Fiyero in the national tour of Wicked. Booth appeared on Broadway in Glory Days; his additional credits include Avenue Q in Las Vegas and Dogfight off-Broadway.

Congratulations to the happy couples! We’re sure both of you looked positively dashing on your prospective big days in the red thigh-highs. (That did happen, right?)