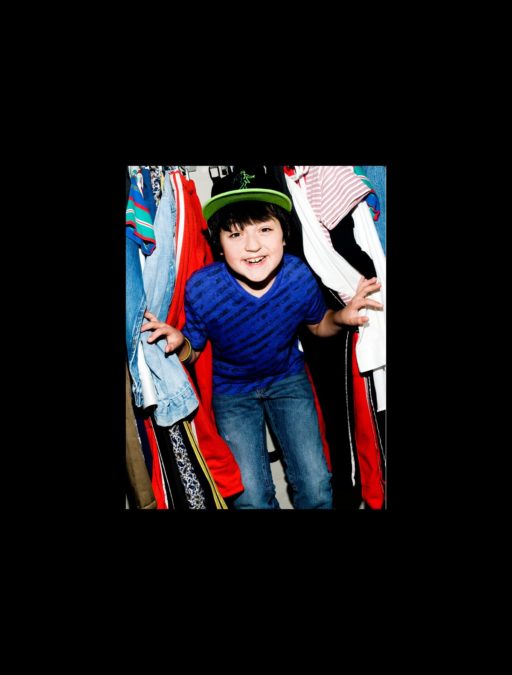 Current Role: Tapping up a storm as Michael, the eccentric and sympathetic friend of the title character in the national tour of Billy Elliot.

First Steps: Even without any professional dancers in his family, young Cameron was on the move by the age of four. “When I was little, if music came on, I always just started dancing,” he recalls. His parents signed him up for a dance camp, and when the week-long session ended, the staff suggested he continue developing his talent. “I haven’t stopped since,” he says. Clifford landed his first Broadway gig as an understudy in the 2009 revival of Waiting for Godot starring Nathan Lane and Bill Irwin. “We sat backstage most of the time,” he laughingly remembers, “but just going through the process of the auditions was a lot of fun.”

Express Yourself: Clifford quickly got used to auditions: Billy Elliot required five callbacks before he landed the role of Michael in the Broadway company, a quirky kid with an affinity for wearing women’s clothing. “It’s fun dressing up,” he says of donning dresses each night. “It’s just a costume, like any other costume I’d have to wear.” Clifford, who alternates in the role, enjoys sharing the stage with a rotating team of co-stars. “The different Billys do different stuff, so it’s exciting to work off each other,” he explains. “It feels amazing when the lights hit you and you’re dancing and singing onstage together.”

Back to School: The young actor is home-schooled, and counts science and math as his favorite subjects. “I like the experiments you do in science class,” he says, adding that NYC's Museum of Natural History is a favorite destination. “The meteorite displays are really cool,” he says, “and seeing how animals have changed over time is awesome.” While Clifford is enjoying working on tour, he does have his eye on a vacation: “I really want to go to Orlando right now! I like Harry Potter a lot and want to go to the Wizarding World of Harry Potter."

See Clifford tap it out when Billy Elliot visits the Boston Opera House from July 24 through August 19.